It truly has been a whirlwind month for ULTRA Worldwide. Having hosted the fourth annual festival edition of ULTRA Korea plus brand new ‘Road To Ultra’ events in Macau and Thailand earlier in June — not forgetting the recent announcements of ULTRA Bali Beach (now sold out), ULTRA Chile and Road to ULTRA events in Bolivia, Peru and Paraguay—the world’s most international festival brand now reveals SINGAPORE and THE PHILIPPINES as the next countries in an ever-growing number of territories around the world to witness the incredible Road to ULTRA experience!

Taking place on Saturday, September 26, 2015, Road To ULTRA Philippines will welcome thousands of guests to the Mall of Asia Concert Grounds in Manila, which, having opened back in 2006, has opened its doors to some of the biggest stars on earth such as Usher, Justin Bieber, One Direction and Katy Perry. Road To ULTRA Singapore is set to take place one week earlier on September 19, 2015, with specific venue details to be released in the very near future. Tickets for ULTRA Singapore go on sale on Tuesday, July 7 exclusively from ultrasingapore.com. For all the latest news and updates for each event, stay tuned to the official website and social channels below. 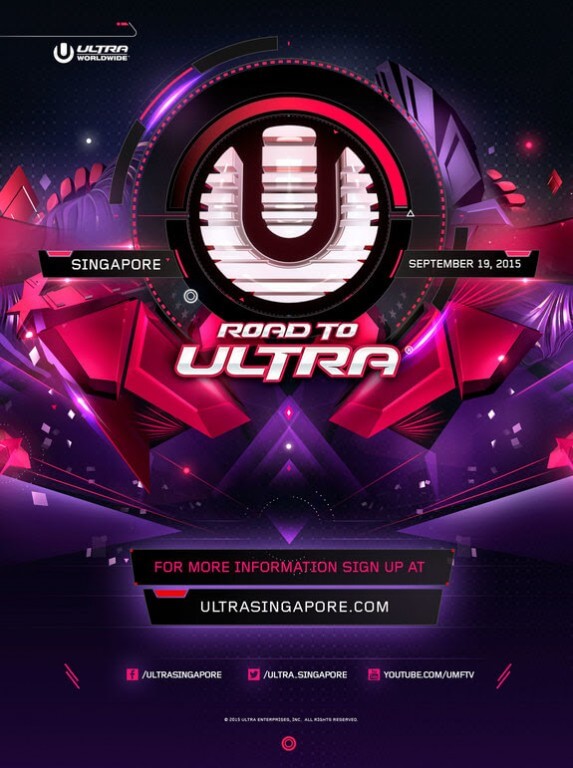 This news comes off the back of a truly momentous month for ULTRA Worldwide in Asia, producing THREE show-stopping events across the continent in just two days. Friday, June 12 and Saturday June 13 saw Seoul’s colossal Olympic Stadium play home to the fourth annual festival edition of ULTRA Korea, with over 110,000 people attending over 2 consecutive days – the largest electronic music festival in the country’s history. With a record-breaking number of attendees on the Saturday, the fourth edition of ULTRA Korea reached even greater heights this year, managing to top last year’s 100,000 strong festival attendance by more than 10,000. MTV Asia lauded the event, saying, “Currently the continent’s biggest electronic music festival going, the 2015 edition of ULTRA Korea affirmed its position as the go-to EDM Festival in Asia.”

Vast hoards of fans turned out to see the star-studded lineup on the Friday, with Main Stage headliners Hardwell and Skrillex living up to their megastar reputations, providing stellar performances to set a truly euphoric tone for the rest of the weekend. On Saturday, David Guetta played for over 2 hours to the jubilant crowds that inundated the stadium, forcing organizers to open the seating area in the lower bowl of the stadium for the first time in the event’s history. An electrifying evening saw an outpouring of support from fans for the unique ULTRA experience that continues to reverberate around the world. With additional acts as diverse as 2manydjs, Nic Fanciulli and live performances by Snoop Dogg, Porter Robinson, Galantis and CL all in toe, nobody was left unsatisfied – a true testament to ULTRA’s exceptional ability to commandeer and curate the best festivals around the world. 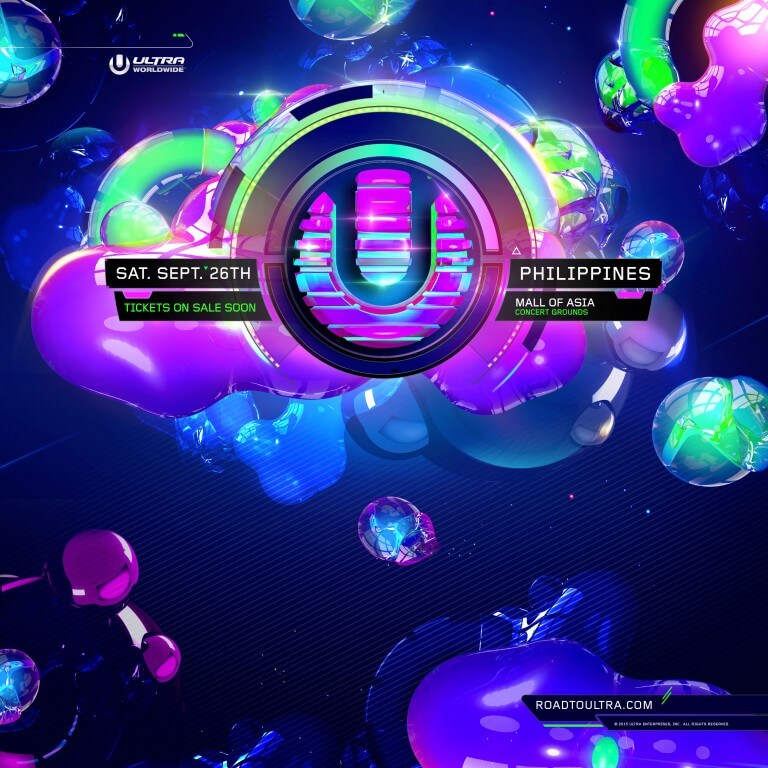 Meanwhile, Thailand and Macau hosted sold out Road to ULTRA events on Friday, June 12 and Saturday, June 13 respectively, with thousands of hyped up partygoers reveling in the glow of their superstar idols’ exquisite track selection.

The debut edition of Road to ULTRA Macau saw an equal devotion to the ULTRA ethic, with thousands of attendees amped up by performances from 2manydjs, Justin Oh, DVBBS and electronic music powerhouse and master tastemaker Porter Robinson – who took control with a gloriously extended set to cater to the demands of the insatiable crowd.

The Road to ULTRA hit Thailand for its second edition, building upon its immense reputation as the most international festival brand in dance music at the BITEC Convention and Exhibition Center in Bangkok. Knife Party and Nervo took up headline duties with a creative and innovative track selection that took the crowds on an unforgettable emotional journey.

With this first leg of the 2015 Asian tour complete, all roads now lead to the second edition of ULTRA Japan and debut editions of ULTRA Beach Bali (which has now officially SOLD OUT) Road to Ultra Singapore and Road to ULTRA Philippines in September, where ULTRA WORLDWIDE will once again demonstrate why it runs leaps and bounds ahead of the rest of the field as the world’s most international festival brand.

For full details on all of ULTRA’s worldwide events, head to umfworldwide.com

About Road to ULTRA™

ULTRA WORLDWIDE, producers of the award-winning ULTRA MUSIC FESTIVAL in Miami, launched a new event concept early in 2012 appropriately named, ‘ROAD TO ULTRA.’ Since then, RTU’s have landed in THAILAND, KOREA, JAPAN, TAIWAN, MACAU, COLOMBIA and PARAGUAY with more confirmed for 2015 in PARAGUAY (2nd edition), BOLIVIA, PERU, SINGAPORE and THE PHILIPPINES.

Road to ULTRA events are single-stage events with the same focus as the ULTRA Worldwide festivals. Each event showcases cutting-edge stage production including world-class visuals, lighting, kryogenics and pyrotechnics. Stage designs are developed by the ULTRA Music Festival creative team and adapted to accommodate the needs of both indoor and outdoor venues.

ULTRA Worldwide is already the most international electronic music festival brand by far (with festivals on five continents including AFRICA, SOUTH AMERICA, EUROPE, ASIA and NORTH AMERICA), but with the addition of the Road to ULTRA concept, ULTRA has truly raised the bar. The RTU events continue to drive ULTRA apart from the competition by offering one-of-a-kind experiences to electronic music fans in even more regions around the world.

The ULTRA brand was founded in 1997 by Executive Producer, President & CEO Russell Faibisch, and began producing electronic music events in South Florida, which led to the inaugural Ultra Music Festival in 1999 on the sands of Miami Beach.

The internationally renowned festival, which has taken place every March since its inception, celebrated its seventeenth anniversary from March 27-29, 2015 by bringing over 165,000 music enthusiasts to the sold out waterfront event in the heart of the City of Miami. Ultra Music Festival returns to Bayfront Park for its eighteenth annual edition, 18-20 March 2016.

Choosing to follow a unique, creative vision and a wholly organic growth focused around a true love for music, artists, and fans alike, the ULTRA and ULTRA Worldwide brands represent not only the world’s biggest and most successful remaining INDEPENDENT electronic music festival brand, they are now the most international of any festival brand in the world by far. The event organizers continue to transport the unrivaled experience from the Miami flagship festival to an ever-growing number of destinations and fans all over the globe.

Over the past seventeen years, literally thousands of the world’s most iconic DJs, producers and live acts have mesmerized audiences with awe-inspiring sets at ULTRA festivals in ARGENTINA, BRAZIL, CHILE, CROATIA, IBIZA, JAPAN, KOREA, SOUTH AFRICA and of course MIAMI, as well as ROAD TO ULTRA events in CHILE, COLOMBIA, MACAU, PARAGUAY, SEOUL, TAIWAN, THAILAND, TOKYO, USA, and now forthcoming events in BOLIVIA, BRAZIL, SINGAPORE, THE PHILIPPINES as well as ULTRA BEACH – BALI. Each and every new global edition is founded on the same successful recipe that has been perfected over seventeen years in Miami, combining the most diverse electronic talent with the most technologically advanced, large-scale festival productions in the world.

In addition, the ULTRA brands pioneered the live stream experience, ‘ULTRA LIVE’ (whereby the festival is brought online to over 20 million unique viewers globally) and the audio broadcasting platform ‘UMF RADIO’ (syndicated to FM Radio in over 42 countries and reaching more than 22million listeners weekly). Also ‘UMF FILMS’ collaboration with FINALKID has seen some of the most visually breathtaking festival aftermovies in the music space, including a feature-length documentary exploring the latest explosion of dance music, entitled CAN U FEEL IT, which premiered at the Ultra Music Festival, Miami 2012 and was exhibited in over 500 theaters across the Unites States.

In 2014, the ULTRA and ULTRA WORLDWIDE brands continued to push the boundaries, bringing an unparalleled combination of cutting edge production and the world’s best electronic acts back to previous strongholds and new frontiers across the globe. With its most recent new festival editions breaking records in JAPAN in September 2014, SOUTH AFRICA in February 2015 and KOREA in June 2015, and with the addition of the many new ROAD TO ULTRA events, the ULTRA brand has now united SIXTEEN COUNTRIES across FIVE CONTINENTS worldwide.